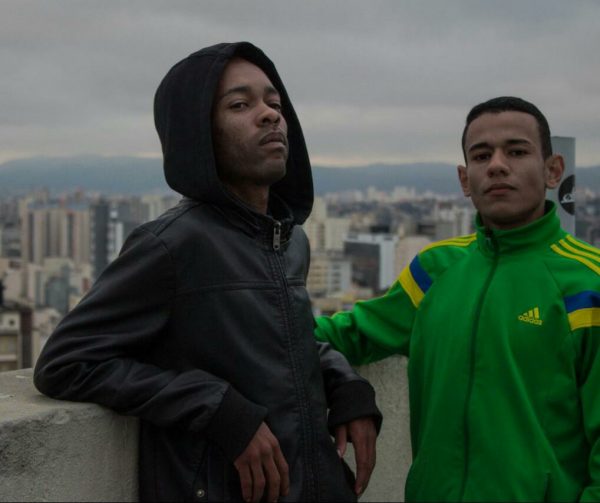 Igo and Felipe, young activists and athletes from the Diamante Bruto Project, were victims of an illegal arrest last weekend.

The two athletes were enjoying lunch in the Largo da Batata neighborhood of Sao Paulo. They finished up their afternoon meal of Yakisoba and proceeded to exit the restaurant and make their way to the Pinheiros bus terminal.

Their bus was stopped in transit by the Military Police who ordered Igo, Felipe, and some other young black passengers to get off. They were arrested because they “fit the description”. A phrase we have all heard one too many times.

“The victim’s belongings were not found with them and inside the bus.”

Witness at the station failed to recognize either Igo nor Felipe as the correct suspects, yet they were still detained.

It was an Uber driver, who was reportedly called by the victim after being robbed, who said he followed the suspects when they fled until they entered the terminal and, seeing them get on the bus, called the police.

It was not the victims, but the uber driver who pointed out Igo and Felipe as guilty, identifying them by Igo’s “red shirt”.

In this unfair justice, it is not the police authorities who have to prove someone’s guilt in order to arrest them, but whoever is unjustly accused is the one who has to prove his innocence to prevent the maintenance of his prison.

The lawyer who is defending the two confirmed with them the route they took that day so that we could seek proof of their innocence after visiting them at CDP Belém I.

The images that were obtained through the cameras of establishments on the route they took, confirm the boys’ alibi.

There are 6 videos that have been submitted as evidence of the route the boys took that prove that they have nothing to do with the alleged crime.

We’re still waiting to see images from the cameras of other establishments to be released to the defense team.

It is possible to see in the videos that minutes after the time that the theft would have happened, they were walking nonchalantly, without running, without any stolen possessions.

Furthermore, the images that are a sequence of the path they traveled do not show any vehicles following or accompanying them!

Where was this Uber drive? This Brazilian Karen that had stepped up to claim fame at the police station was nowhere in sight while the boys made their way to the bus terminal.

Igo and Felipe are innocent, they are the real victims of yet another case of racism that marks the functioning of our society in which those above are screwing with our lives. We are waiting for the habeas corpus decision and we will go to the end to prove it and to hold those who are making them and their families responsible for it!

Several movements and non-governmental organizations such as the Luta Popular movement, Projeto Diamante Bruto and Laboursolidarity and several other movements are united in the struggle for IMMEDIATE FREEDOM FOR IGO AND FELIPE!

HOW YOU CAN HELP!

Leave your comments, leave messages of support, encouragement, and strength for the families!

Every positive comment serves as fuel to persist, to not give up and to continue to fight to achieve success.

Together and united we have the strength to fight and bring down this system flawed, prejudiced, racist, and genocidal that has been destroying the lives of thousands of families and young people from margenalized communities around the world.

Black Lives Matter! and we, the people of the favelas and margenalized communities do not run from the war!

Check out the work of our brother Igo Resistência do Ghetto