My name is buda and I am a fighter

This piece is an excerpt from an ethnographic study conducted by Italian post-graduate student Gabriele Paone (Bologna University) in 2018 after he spent 6 months training at Tererê Kids Project.

Kimono and Rifle: An Ethnography of Brazilian Jiu-Jitsu Among the Youngest Inhabitants of a Carioca Favela 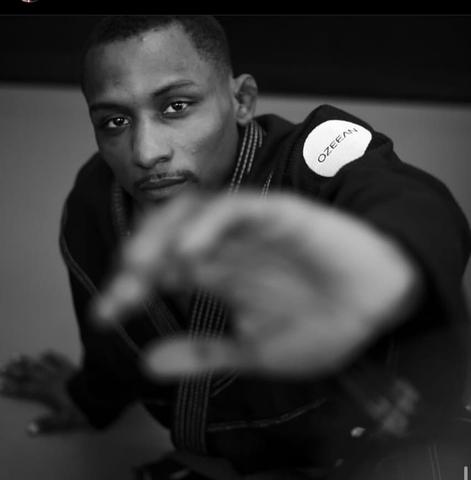 Many of the anecdotes told so far are scenes from the life of Buda, a boy of the same age that I met a few days after arriving in Rio de Janeiro, at Terere’s gym. I started this story with his words and it seems appropriate to conclude in kind.

Ebony skin and a hard, penetrating gaze, Buda and I became friends when he offered to train me in Jiu-Jitsu in exchange for English lessons and a few reais. After I accepted, we started training every day and we would often spend more time together, having lunch or wandering around the morro. Training after training, he first introduced me to the community and then he slowly opened up to me about his life which, as we’ve seen, was very tormented: a difficult childhood, entry into Jiu-Jitsu, the victories, then the death of his mother, the mourning, and his descent into a whirlwind of crime. And that’s where we left him.

“And the accusation was?”

“Where were you caught?”

“In the community… police, operation, Bope. I was hiding and they found me. Six years. They gave me six years, but I was there five. Now I’ve been going back and forth for ten months [for probation].”

During my stay in Brazil, Buda was free during the day, but every night and during the weekend he returned to prison. It was there he found Jiu-Jitsu again.

“One day they moved me from Milton Dias Moreira to another prison. Inside they had a gym and the gym had Jiu-Jitsu classes. One day I went there to train. When I rolled with the professor, I submitted him after a few seconds, then again and again. After training, a man told me, “You teach the Jiu-Jitsu class now.” But I didn’t want to take someone else’s position, because if you do a job like teaching in prison, you can likely get out earlier. I didn’t want to take that opportunity from the teacher. But they told me, “Here, it’s Comando Vermelho, we decide. You’re the instructor now.” That day I began teaching Jiu-Jitsu in prison.”

“But when you came out, you went back to traffic…”

“Yes, but I was not happy. I missed Jiu-Jitsu but I didn’t have the strength to get out of trafficking. One day I saw Moicano [Jhonathan Marques, ed.] passing by. He had his gi with him, so I said, “You, never stop training!” His eyes widened when he saw my rifle.

“Who are you?” “I’m Buda,” I replied. “Buda! In the gym, they always talk about Buda. He was a champion and then stopped. So that’s you…”

“I was sick, I cried a lot. One night, after a baile funky, I came home and there was my girlfriend, crying. She told me that I never wanted to be with

her because I worked all the time, from eight in the evening to eight in the morning, when she went to work. I burst into tears, I took my rifle and my guns off and I said, “No more, I don’t want it anymore.” Then I went to the boss and knocked at the door, it was early morning. “What do you want at this time?” he said.

And I waited until nine o’clock in front of the door. At nine o’clock I knocked, I took my rifle, guns and backpack of drugs) off and gave it all back to him. I didn’t know what he would do to me, but I didn’t care anymore. “What do you mean?” He asked me.

“I don’t want any of it anymore, I don’t want this life anymore!” “But why? You’re already at a high level!” “I don’t want it anymore, I’m not happy,” I told him in tears. He looked at me in silence, put a hand on my shoulder, and told me, “Okay, do what makes you happy,” and let me go. That day, I returned to training and I haven’t stopped. At the beginning, people in the community thought that he had kicked me out, so they looked down at me. But when the truth came out, they supported and clapped their hands at me. When I was in the gang, I earned six to seven thousand reais a week (US $1,126-$1,313), but I’m happier now that I only earn a few hundred giving Jiu-Jitsu lessons to you. You don’t know how much you’re helping me!”

Buda is very well known in the community, not only for his criminal past but because he managed to leave the trafficking life voluntarily. He turned the page, showing himself and many other young people in the community that there is a better way. 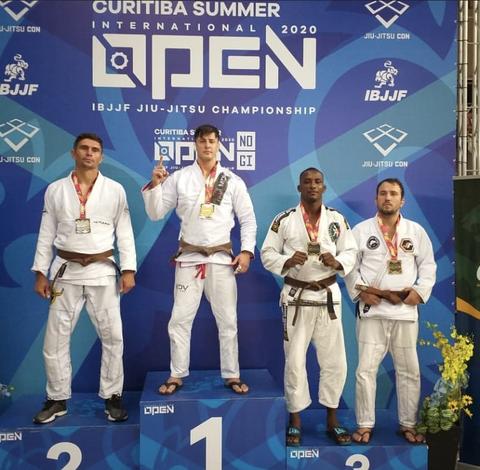 Today [in 2018, ed.] he is finishing up the last months of his parole while he trains and teaches Jiu-Jitsu. He’s also helping younger boys leave the street life… All thanks to Jiu-Jitsu and his own powerful example.