King Lobão: The Rise of Jiu Jitsu in Angola 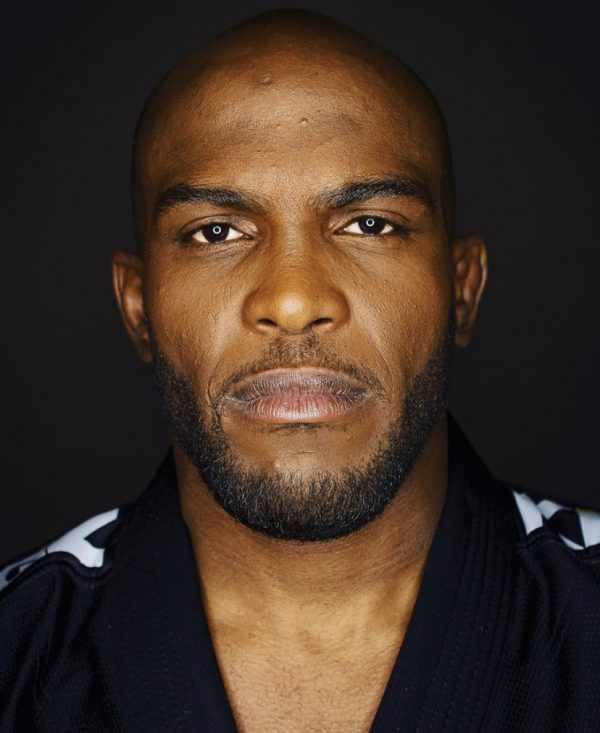 The lack of training, traveling, and competing in 2020 gave me more time to reflect, research, and interview some of the people in BJJ that I look up to and have been following for a while. If you haven’t noticed, there’s been an increasing number of Angolan athletes have been making it to podiums around the World.

If you speak Portuguese, you might be inclined to follow some of these athletes through social media back to Angola in southern Africa. Their capital, Luanda, is home to a small number of BJJ athletes, but a surprisingly large number of highly organized events. All of it is thanks to a man named King Lobão. He’s made some major moves in the BJJ industry, that over unnoticed by the majority of the BJJ community.

In our interview, King Lobão lays out what life growing up in Angola was like, and how he managed to evade a career in Engineering to become the #1 investor in the Angolan jiu-jitsu industry.

Call of Duty: A History Lesson on Angola

Most people don’t know that Angola is still recovering from a nasty civil war. In Call of Duty: Pyrrhic Victory, you can spot the known warlord Jonas Samvimbi storming through the Angolan countrysides. The war ended in 2002, with 40% of the country living below the poverty line.

The war resulted in a lot of socio-economic factors that keep athletes from being athletes, and the government structure didn’t help either. The fact that Brazilian jiu-jitsu ended up being federally classified under the Angolan Traditional Jiu-Jitsu federation, which is more akin to street fighting on dirt roads than prestigious UAEJJ events, didn’t help in the least.

This government classification is confusing from a western perspective, but it is an important detail, especially for the favelados of Luanda, who were finessing the lesser portion of the $100 dollars allocated to them for minimum wage. .

In our interview, King Lobão made it clear that he are talking about very different social realities, an abysmal difference

I’m not talking American buying power, like where we all go to happy hour with friends and have flat-screen T.V.s mounted on our walls. I’m talking about the people that, according to another source from Angola, made it through a civil war with multiple maids, multiple chauffeurs, and multiple security guards.

The Face of Future of Jiu-Jitsu in Angola

Walter Rubens Faustino was born in 1987 in Luanda, Angola. He won his first World Champion title as a purple belt in 2012 in Abu Dhabi; he started his first team, Matilha BJJ in 2013, and he held his first event in 2017 alongside the inauguration of Studio 123, one of the biggest investors in Angolan sports industry.

Faustino, known by his people as King Lobão, is not the man who introduced the sport to the country or anything like that. Brazilian Jiu-Jitsu had been sustained in Angola since its inception by pioneers in the sport like Helio Pereira (Gracie Barrie), Sergio Lopes (Z1 Academy), Nevajo Abrantantes (GF Team), and Master Pakissi (GF Team Angola).

I’m not sure about his chauffeur status, but our King Lobão, definitely had his life set up for him.

“What is normal? The norm here for a college student is to finish their degree and go right to work. That’s most people’s dream, right? It was my dream too, to leave school, and get a job in my field, but then… I’m a little crazy.”

Lobão was a college student studying engineering at a private college, whose monthly tuition was 3x the Angolan minimum wage.

In 2009, when he introduced jiu-jitsu into the mix, his parents were not too impressed. This was especially true when the “little hobby” Walter had started as a way to compliment his Judo turned into a passion that provoked him to forgo his university’s deal with a petroleum company.

He would have transitioned smoothly from college to a high paying job in an industry that contributes to over 50% of the country’s GDP.

Instead, he opted to take a year off of his studies. One year turned into two, and then two years turned into multiple business endeavors that would keep him from returning to the engineering field indefinitely.

During his hiatus from his predestined path, Walter got on his grind, training 7 days a week, 3x a day on the weekdays. He was eating, sleeping, training, traveling, and competing. His dedication in combination with his connections got him sponsorships, and his financial savvy made that money last.

He became the first Angolan podium in an international event, and every medal he racked up in Abu Dhabi, London, Milan, Lisbon, Rio, or Johannesburg earned him an article in local newspapers. His experience abroad gave him a vision for what jiu-jitsu in Africa should look like, and he used his connection in business to start building the blueprint for Jiu-Jitsu events in Africa.

“As an athlete, I want to create conditions so that those who are starting out do not experience the problems I have been through. It is a work of great social inclination, we do not intend to make money or win only medals, we want to develop this practice to make these children better and more disciplined people, so parents are involved in this process,” says Lobão in a local paper.

In 2010, Jiu-Jitsu was declared a national passion with Angola leading as the #1 in the industry.  The proof of this is that every year they have more World champions in both the juvenile and adult divisions.

In 2019, Matilha BJJ took 14 Gold medals, 17 silver medals, and 5 Bronze medals at the Angolan National Pro. Lobão also led 4 athletes in Trust the Process, a Youtube series cover by Jiu-Jitsu Angola that covered the athletes as they traveled to 4 major IBJJF competitions throughout Europe. Of course, there was a cash prize at the end!

Studio123, founded by Lobão, functions as an intermediary to secure partnerships and financial sponsors for these kinds of community investments. Since 2017, they hosted over 10 events and invested in numerous community initiatives that promote self-defense and healthy lifestyles. Despite his success, he still stressed that for sustainable change, they need the government to sign on.

“It’s much more than a book or a course. When we talk about the structure, I mean government initiatives, because the idea is to be part of the federations to help change the mentality and way of working of sports associations and federations first, so then, they can look at athletes differently.”

Covid lockdowns and rising cases of social unrest that are gaining unprecedented international attention, but King Lobão continues to remain a positive icon in the community. He can be seen on social media early in the morning posting from his office. He hosts BRAVUS weekly 5ks runs, and you can spot billboards for Supremus Fight League (SFL), his new MMA league on major highways in Luanda.

Make sure to follow King Lobão and Jiu Jitsu Angola on social media.