Just One Child Social Project Keeps Kids Out of Crime 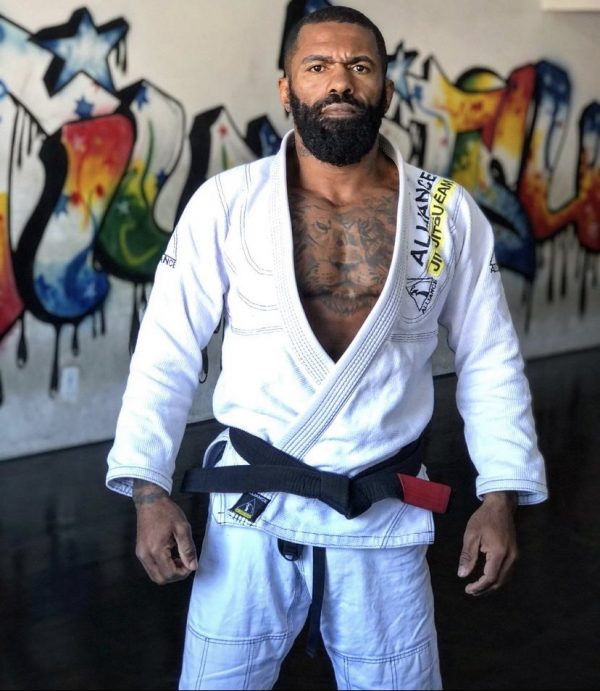 Professor Valmir Silva, the head of the Just One Child social project in São Paulo is well versed in the street life. Valmir, a self proclaimed madman, is the son of a known criminal and a single mother who fled for her life, only to find herself in another bad relationship.

Valmir found himself at odds with his new stepfather and ended up living on the streets at the age of nine.

He was eventually taken in by Dona Dalva, a businesswoman from the community that was willing to take on the challenges of being an unofficial foster mom. Thanks to her love and guidance he was able to change his life around. He works as a tattoo artists and is black belt in Brazilian Jiu-Jitsu.

“We want to make Capao known. Not for being violent, but for being a place a refuge for former addict or people suffering from anxiety and depression”

After losing his brother to drug trafficking, Valmir decided to dedicate himself to the community in the best way that he knew how.

In 2014, he started the Just One Child Social project, so he could introduce more kids and young adults to jiu-jitsu. Fast forward to 2021, they now have over 15 volunteer instructors that teach over 300 kids, and is making headlines in mainstream media.

The project is located in Capão Redondo, a community in the south zone of São Paulo.

Just to be clear, favelas are not just in Rio de Janeiro, every city in the world has some form of projects, and São Paulo is no different.

In any favela, access to extra curriculars like sports or art programs are little to nonexistent. when they do exist, they’re typically under-resourced and/or unattractive to their target demographic.

That’s what social projects do, they provide relatable programs and find financing for the resources whether it be free classes, transportation, food and clothes, or something productive to do on a Saturday morning.

Social projects aren’t just for kids. Especially in respect to reducing the number of young adults turning to crime for financial stability.

Let’s not get it twisted, crime pays, until it doesn’t so, who are involved in crime, need to believe that there are other viable options outside of what they know to be possible.

And that’s why social projects matter.

Without a consistent presence to show kids that they can be better, they tend to wander into questionable situations… And let’s keep it real, teenagers are prone to not want to emulate their parents, so they need a safe second. That’s where teachers, coaches, rappers, athletes, and drug dealers all come into play.

Instructor Valmir is a visible example for students like Elivelton Barbosa who speaks openly to the R7 crew about his former crime affiliations. He, like many other kids, came to the project in the hopes to hone his street fighting skills, but ended up staying for the martial arts.

Fabiano Jesus is another student who dedicated himself to jiu-jitsu after having a taste of jail. For Fabiano, it isn’t about competition, it’s the education, the culture, and the community that attracted him to the sport.

Social Projects making headlines in mainstream media is a big deal! It’s not everyday you see jiu-jitsu in the news, let alone stories that cover small community initiatives. Valmir and his students are active competitors as well as participants in the community. They work hard to raise resources and make connections necessary to get athletes from the favela into major international BJJ and MMA competitions.

You can show your support by following APENAS UM FILHO on social media!