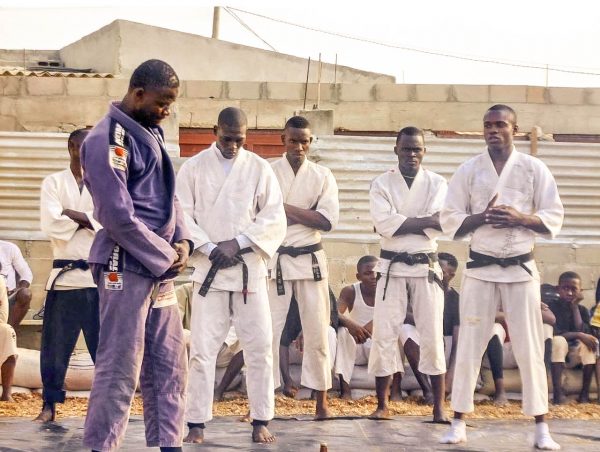 There is something that we need to learn, and then understand.

Ju-jitsu as such is an art where there are many styles.

In other words, previously in Japan there were more than 100 styles of ju-jitsu practiced by different Clans (Families or groups). Although some did not have much expression each group or family at that time defended a fighting style. A each style needed to be powerful yet distinct from the other styles.

Now let’s get back to our reality.

BUTSUKARI and not butsugari or butchugari as many write and pronounce is a fighting style that was incorporated into the ju-jitsu practiced by Bison to symbolize the “Men kyu kai Den” moment.

This moment is the very moment when the practitioner is prepared to defend themselves.

When we talk about self-defense, we are talking about defense at all levels, whether on the mat or on the street.

Therefore, starting from this principle, I must say is to justify by A + B. In the name of SHIHAN cobra, the BUTSUKARI is not and never was, nor will be a mistake. It is simple a fighting style that we should know, but no one is forced to practice.

You should never compare the fighting style that is BUTSUKARI with other fighting styles (combat) like Kumite, Randor, Karate, jiu jitsu etc. etc.

Because they are Olympic fighting styles, which is not BUTSUKARI

I hope I helped with this Clarification.