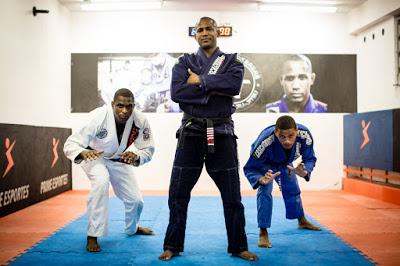 This is the re-release of an article written by ANDREW MORRIS (aka MOZ) for the Original Terere Kids Project blog while he was living and training in the Cantagalo favela with Fernando Terere.

Since appearing in 2013 with the study of Leandro Lo, the anonymous, BJJ Scout has revolutionized the genre of jiu-jitsu breakdown videos. The Scout’s extensively researched and articulate approach to jiu-jitsu study has been universally praised within the BJJ community and helped legions of grapplers understand previously unnoticed nuances in the games of the sport’s top athletes.

With the release of a new video on Terere’s system of passing – we had a chance to put some questions to BJJ Scout on this excellent study which provides a poignant look at the legacy that Terere left on today’s passers.

It is your first jiu-jitsu video after a short hiatus – why did you decide on Terere for your return?

During my break from BJJ-centric studies, I’ve noticed that quite a few breakdowns have emerged on several top competitors by various other grappling enthusiasts. Many of them tend to cluster around a few particular subjects currently active in the competition space though.

One of the things I tried to do initially when I started my channel was to shine a light on names that weren’t that big/known then (i.e. Leandro Lo) or on female competitors (i.e. Ronda/Michelle Nicolini). Likewise, on my return to BJJ videos, I thought it rather fitting to study someone that has been “forgotten” so to speak.  Coincidentally, Terere competed at Polaris 4 so a study on him is timely.

In addition, despite Terere’s story having been extensively featured in various videos, there hasn’t been an actual elaboration beyond a few perfunctory words as to how he influenced BJJ’s development. Through my study I hoped to shed light on why exactly Terere has been highly praised by many top grapplers over the years.

What made Terere unique to the competitors that you had previously studied?

Many of my previous studies were on what I might call “complete” systems, or to put it another way, the “evolved” versions of concepts that Terere originated/popularized. Rodolfo’s weaves, Leandro Lo’s DLR knee posting, Maia’s use of smash passes all can be traced back to Terere. In fact, you will find that many of today’s competitors by their own admission, credit Terere for many “moves” that they are known for, be it Xande Ribero’s X-pass or the Mendes brothers’ extension of “TT passing” into what we now know as leg drags.

One has to remember, Terere was an innovator in an age without YouTube or social media facilitating the easy transmission of ideas through the internet. It takes a certain kind of BJJ brilliance to figure out not just a “move” but to create a new passing system that emphasized movement and misdirection. Terere provided a “blueprint” to a whole new way of thinking about BJJ that has been branched out in many directions in his wake. One thing I tried to convey above all in the video was that Terere was not just excellent in his execution, but that he was a catalyst for many things to come.

Additionally, one area that I was not able to fully explore in my video was Terere’s guard. Terere’s key innovation there was the idea that the guard should not be used to trap and hunt for submissions but to immediately sweep for the reversal. Terere’s guard play back then was the “turn” which showed many the benefits of getting the sweep asap. This strategic use of the guard carried on with Marcelo Garcia (who emerged from the scene around the time Terere disappeared) and is the de facto guard tactic used in sport BJJ today. 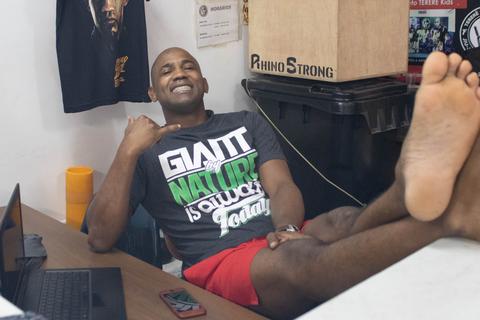 Why do you think after all these years out of the limelight Terere is still held in such high regard by the entire jiu-jitsu community?

Terere abruptly exited the competitive scene right before he hit his peak, thus there has always been a “mystery” surrounding the possibilities had he stayed active. He was the grappler everyone studied back then and as mentioned previously, many openly acknowledge him as the inspiration to many of their own styles.

However, while Terere’s contributions to technique development were great, I believe it will be his involvement in fostering the next generation of grapplers that will be the most lauded, all things said. I strongly encourage the community to find out more about his story and his interactions with many of the founders of the top teams we know of today. From the top grapplers in MMA like Jacare and Maia, to the top sport grapplers today, many of them were inspired not just by his actions on the mat, but also off it.

On a personal note, my own teacher was a successful product of these social programs and I am always fascinated to hear stories of his time in the favela and with Terere. So I guess you could say, the videos you are watching are a product of Terere’s influence too!

How difficult was it constructing this video in comparison with your previous videos which have featured modern competitors?

Footage of Terere is scarce but thankfully there was enough around to make a decent video. Terere’s brilliance comes from the use of a simple “concept” (understanding of re-guarding/the shrimping leg) which is consistent throughout his gameplay. Thus it was just a straightforward extraction from the footage of this principal being applied in a variety of ways. One thing I find is that humans generalize very well from the specific. I.e. when you learn mathematics you often start with specific examples of addition, subtraction etc. You never start with the underlying “fundamentals” or axioms of mathematics (if ever). In many of my other breakdowns, I am often going down the rabbit hole after stating the general concept, this was a “reverse” so to speak of the usual approach. Hopefully through the highlighting of specifics moves Terere did, I was able to lead to viewer back to the “grunnorm” i.e. “point of origin”. 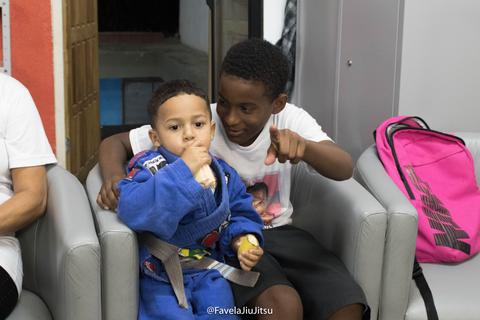 Finally, why do you think Terere Kids Project is a worthy cause?

“Hero” and “Idol” seem to be words thrown around a lot these days in BJJ and while everyone is entitled to their own definition of these terms, to me Terere’s selfless use of BJJ to change the lives of disadvantaged youth in the favelas personifies what it means to be a “hero”.

I’m not a big follower of BJJ social media/forums so forgive my naive interpretation of what I perceive, but it appears to me that lately there has been a constant need to elevate oneself and gain followers, for purposes and agendas that may not always be congruent with what it means to be a “martial artist”. Whether these are worthy goals to aspire to is not for me to say, but if I had to make a BJJ video for a “cause” then I suppose spreading the word as to how BJJ is being used in a non-cynical way to change lives (i.e. through the Terere Kids Project) would be it. 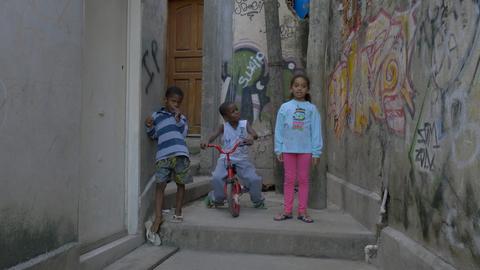 Special Thanks to BJJ Scout who has also provided us with an exclusive cut of Terere’s passing study, featuring extra analysis and an alternative ending. 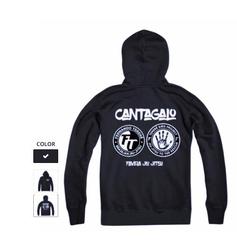 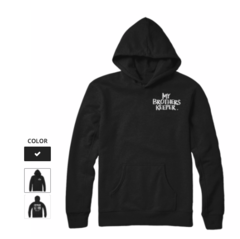